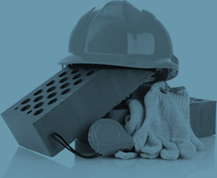 Our client approached allSquare for help in pursuing a claim for a mis-sold Interest Rate Hedging Product. After closer examination, we identified that our client had a separate claim with another bank for a mis-sold Foreign Exchange related loan.

This meant that the business was heavily exposed to fluctuations of the GBP-YEN exchange rate. Whilst it was assumed that sterling would appreciate against YEN over the 10 year period of the loan, the GBP-YEN exchange rate moved in the opposite direction and sterling actually depreciated against the YEN. This resulted in higher interest rate payments, together with a doubling of the effective amount of debt outstanding on the notional amount of the loan.

The high risks associated with this type of FX loan product were not properly explained by Cyprus Bank (UK) and our client did not understand either the product or the risks attached to the loan. allSquare undertook a thorough examination of the trade, together with all the relevant banking documents attached to the loan. We were able to construct a comprehensive and robust complaint letter outlining why we believed the loan was mis-sold.

allSquare is now in the process of claiming over £85,000 for the mis-selling of the loan as it was entirely inappropriate and unsuitable for a small property development business. We are currently awaiting an outcome from the bank, but have the complaint to the Financial Ombudsman Service ready in the event that the bank choose to reject our proposal.