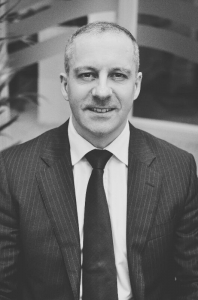 Earlier this week the Financial Conduct Authority (FCA) provided (yet) another indication of when the long awaited report into the conduct and practices of Royal Bank of Scotland’s Global Restructuring Group (GRG) was due to be released. This amounts to the 7th time the report has been delayed. Originally it was announced that it would be released towards the end of 2015. That then fell back to Q1 2016. Then summer 2016. The latest is that it will now be “published this year”.

The release of the report is important for a couple of reasons.

Firstly, the FCA may recommend that RBS undertakes a ‘review and redress’ programme for those businesses that have been affected by the GRG unit and have suffered financial losses as a result. That would be welcoming news to the many thousands of UK businesses that have suffered at the hands of GRG with ramped up margins, exorbitant valuation fees and fire-sale asset stripping. However, what shape this review may take is still unknown – assuming there is a review.

The review may well be another “section 166” review which could be based on similar principles to the Interest Rate Hedging Product (IRHP) Review whereby and an independent Skilled Person is appointed to oversee that the bank’s own review is carried out properly – remember under a s.166 review the bank is effectively “judge, jury and executioner”. Whilst this would be welcomed, we also should not forget the issues and difficulties experience in the IRHP review. It should also not be forgotten that RBS paid out the least amount of ‘Full Tear Ups’ (as a proportion of their book) than any other of the 11 banks participating in the IRHP review. They also had a large proportion of non-cap alternative hedging products offered as part of the redress – arguably a tactic to dramatically reduce their compensation exposure. So the point is, if a s.166 is announced; then businesses should both be welcoming and wary.

GRG issue will spill over to other banks

The second reason the report is important is because the principles of misconduct potentially reported in the GRG unit may well resonate loudly with other banks’ Business Support or Recovery Units. What we learnt from the IRHP Review is that the practices of mis-selling were not contained to one particular bank. It wasn’t the case that one bank mis-sold and another didn’t. They all mis-sold. Bankers also tend to move around employers, so the poor habits and practices effectively become intermingled amongst banks over time – despite their own strict internal policies and procedures. We have many clients who have instructed us for Tailored Business Loan mis-selling complaints against Clydesdale and Yorkshire Bank as well as Fixed Rate Loan mis-selling complaints against Lloyds. Having read and digested the Tomlinson Report, many of the malpractices highlighted in his report read across to our some conversations with are having with our clients that have experienced their own banks’ recovery units. I’m pretty sure that the GRG issues will spill over into other banks over time and the release of the FCAs report and redress exercise recommendations will focus the market and galvanise action. With RBS just announcing a further £1.08bn loss in the 3 months to June 2016, including more conduct risk and litigation charges, all those IRHP / PPI claims handlers in the banks should be busy for 2017.