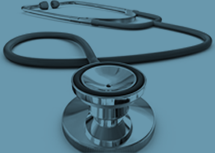 Our client came to All Square after attempting to claim for a mis-sold, long-dated callable swap with NatWest, maturing post 2020.

After the initial FCA review, the provisional determination from NatWest was that our client had indicated a “preference to fix”, and were proposed to be placed into a vanilla swap. This initial proposal resulted in redress being owed to NatWest of £35,000 (which the bank is unable to pursue in the FCA review). Further, because our client had suspended the original callable swap payments, they owed NatWest £90,000 in suspended payments.

We took a look a closer look at their case, together with the reasoning supplied by NatWest. After a lengthy meeting with the bank to understand the rationale behind its decision, we were able to identify a key weakness.

Working closely with our client, we submitted a comprehensive written report to NatWest outlining which sales standards had been breached together with the key reasons why we disagreed with the bank’s initial decision. Two months later, we received a new outcome and offer from NatWest.

NatWest had found the cancellable swap to have been mis-sold but this time proposed a short dated cap as an alternative interest rate hedging product. This resulted in a dramatically different financial outcome for our clients with an offer of £360,000.